I love a good hearty breakfast, especially for mornings when I go into work early and have a long wait until lunch. I also love when I can make a big batch of something and eat it all week, since I like when I only have to cook once! This breakfast strata is perfect for that. It makes enough servings to last all week, so you can grab it and heat it at work. It has the perfect combination of carbs, fat, and protein to keep you full until lunchtime rolls around. You can switch up the cheese, veggies, and type of bread to really make this your own. I think this recipe will be on repeat for me a lot this winter! 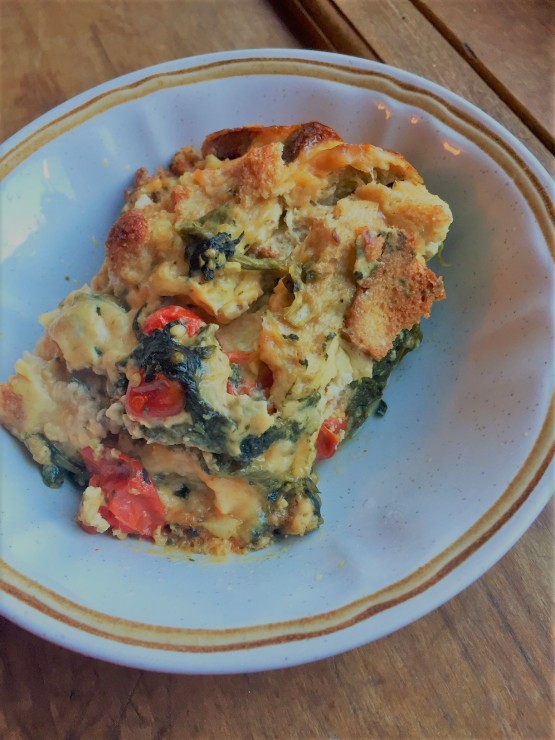 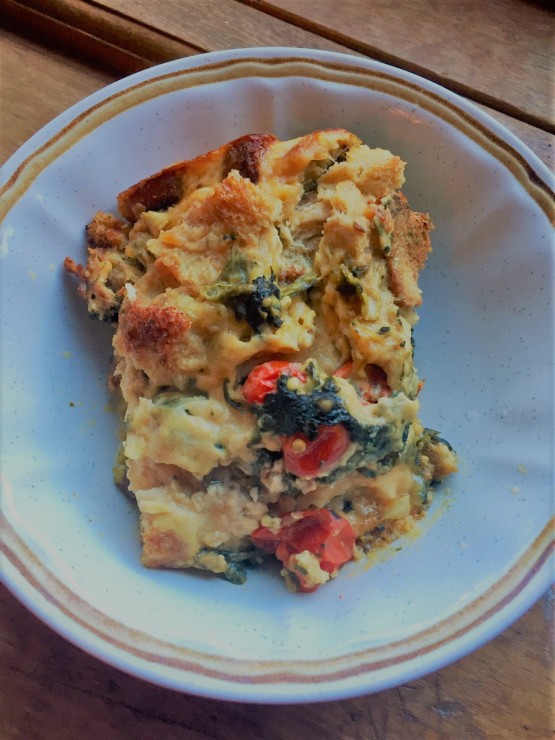 1.) Cook bacon in large skillet until crisp. Transfer bacon to a towel-lined plate and chop into small pieces. Add onion and garlic to drippings in skillet and cook until browned and soft. Add spinach and tomatoes and cook until soft.

2.) Spray an 8-inch square glass baking dish with cooking spray. Add bread cubes, bacon, veggie mixture, and cheese to the dish evenly. In a bowl combine milk, yogurt, eggs, egg whites, mustard, salt and pepper and whisk together.  Pour over the bread mixture, cover, and chill for 8 hours or overnight.

3.) Preheat oven to 350 F. Uncover dish and let strata sit at room temperature while oven heats. Bake until top of strata is browned and a knife inserted in the middle comes out clean, about 1 hour and 15 minutes.